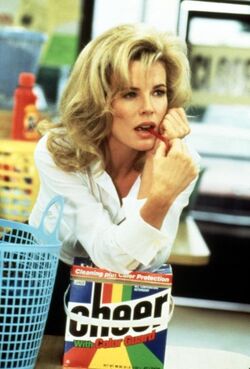 Honey Hornée is a woman who Garth meets at the laundromat.

Following this meeting, they go on a date where they start a relationship. Unbeknowst to Garth, Honey plans to make Garth kill her husband (Garth originally didn't realize she had a husband). When he finds this out, Garth flees from Honey's home and never sees her again.

Retrieved from "https://waynesworld.fandom.com/wiki/Honey_Horne%C3%A9?oldid=3662"
Community content is available under CC-BY-SA unless otherwise noted.